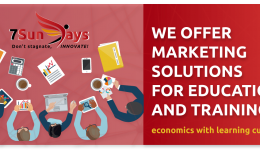 Which province has the least or most colleges and does it matter? What can we learn about market opportunities when data shapes the story?

Gaps for youth and unemployed development?

Compelling factors shaping why, how and who for education and training organisations.

The table below (adapted from wikipedia), shows the number of public TVET colleges available in each province. Provinces are ranked according to population size. Gauteng is at the top and Northern Cape has the least people.

What plots rise when you connect the data?

The smallest province, Gauteng, is also the most crowded and one of the most employed. Do cramped living conditions allow crime to flourish?

All provinces require funded occupational training opportunities. Private providers should use this as momentum to expand their footprint.

Northern Cape and North West have the lowest proportion of post-secondary graduates and the least TVET Colleges.

2018 has been scarred by the suicides of two Mpumalanga learners after receiving their 2017 Matric results via sms.

The highest number of fatal suicides occur in the 15–19 group, says Schlebusch, and predominantly among girls aged 10–19. Fatal suicides are almost as high among youth as among adults. A high proportion, also, are black youths under the age of 18.

“The socio-economic context has significant bearing on the prevalence of suicide in South Africa: with high unemployment rates and thus high levels of poverty, South African youths are confronted with significant educational and socio-economic demands – an experience that can feel both overwhelming and paralysing, most especially when one is attempting to negotiate the significant and already challenging transitions and adjustments that adolescence and early adulthood can bring,” explains the University of Cape Town Student Health Centre’s counselling guide.

Consider these and other factors during strategic planning.

Book Leonie for an online consultation or onsite workshop.