Thank You For Visiting

Information about education, pay and careers to set you free. 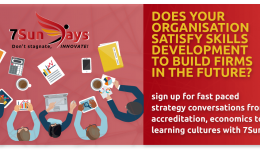 A brief outline of the legislation shaping QCTO responsibilities

What does the QCTO do for us?

The NQF Act specifies that the QCTO should:

The Skills Development Act (SDA), in Chapter 6C (Sections 26F – J), stipulates that the QCTO must:

QCTO contributes to the following aspects of the White Paper for Post-School Education and Training:

In addition to the duties described above, the following is a list of additional QCTO responsibilities:

BOOK A SESSION WITH LEONIE

I combine education and economics to identify viable solutions

Join me at a QCTO Seminar

How to Hold the QCTO Accountable

What do QCTO Assessment Quality Partners report on?

QCTO Code of Conduct for DQPs and AQPs